No matter you are a movie person or you like to watch different genre of films, there are Bollywood movies that would blow your mind. Bollywood has produced all types of movies ranging from love to hatred, crime to thrill, comedy to gloom, friends to family oriented, and so on. You can find all the flavours of emotions in a Bollywood movie.

Here, in this post, you would come across a few of the many movies that are ahead of their time. No matter, you are bone in 21st century or 20th century; there are movies that would hit a string in your heart.  Some of these movies might be the ones that were released when you were not even born. The beauty is to watch these movies and enjoy their amazing experience. 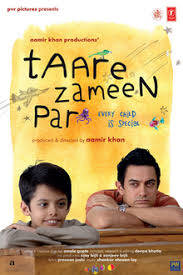 It is a hit movie that explores the life and imagination of an 8-year-old Ishaan. Thought to be a day-dreamer who cannot seem to get anything right at his boarding school, the entrance of an unconventional new art teacher, Ram Shankar Nikumbh, assists the dyslexic student find out his true identity. Indeed, the movie is really motivational, creative and a lesson for many parents and teachers too.

Ah, it is another amazing creation of Bollywood.   In this movie, when Journalist named Amar (Shahrukh Khan) falls for a secretive woman, Moina (Manisha Koirala) on a specific assignment, she does not reciprocate his feelings. Once he is about to get married to another girl, that role is played by Preity Zinta, Moina shows up at the doorstep.  It is interesting to find out such an intrigue plot.  This was a 1998 romantic thriller that was set during the insurgence in Northeast India, it was directed by Mani Ratnam.

A 2000 family drama, this movie shows how Priya, a young energetic teenager gets pregnant, and the father of this child, Rahul (Saif Ali Khan) leaves her. Struggling with acceptance from both family and society at large, her best friend Ajay (Chandrachur Singh) helps her combat odds and win the family back. The movie is really emotional and eye opener. It was one of the first mainstream movies, apart from the movie named Julie that dealt with the issue of premarital pregnancy.

The movie is all about a plot where, struggling to make ends meet with her husband, a woman named Mansi (Rekha) is trapped into sex work by one of her friends. She continues to involve in prostitution so that she can help provide for her beloved school-going daughter.

A 1997 drama, this movie was one of the first few films to display a woman’s extramarital sexual relations and clear sex scenes. Rekha’s controversial role was harshly criticized by the audience. But she held her chin high saying, “After ‘Aastha,’ folks had a lot to say about my role of a wife who beams as a prostitute. I do not have problems playing anything. I have reached a stage where I might do justice to any role that came my way.”  Indeed, the movie is a must watch for everyone!

Thus, you can check out all these movies along with many more in the realm of video downloading app named Vidmate. Install Vidmate or any version of this app and enjoy endless movies without any expenditure and in the best quality.