This star has a career that is spanning for nearly five decades.  He is really a once-in-a-millennium superstar.  He made his debut in the year 1969 and has done some of the most refined and amazing movies. Certainly Amitabh has done plentiful movies but some are there that are just matchless.

If you are a fan of Amitabh Bachchan then you might have watched nearly all the movies he is featured in. but again, you should have a look at some of the finest and trendiest movies of this superstar in this post. 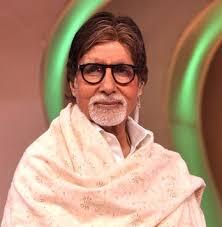 Maybe you are born in this era so you might not know about this movie or might not have watched this one. But this is a worth watching movie of Amitabh Bachchan. It is a film that actually set Bollywood on a fresh path. It is because the film has changed the Hindi cinema’s trend from that of romance films to crime action movies. This movie also pioneered Amitabh Bachchan’s fresh image of a menacing but explosive person who combat back when cornered, known as “The Angry Young Man.”  Indeed you might have heard of this term ‘angry young man’ being called to Amitabh Bachchan right?

It is a hit movie that does not need type of introduction. The film has been considered to be a classic and one of the finest Indian films.  This movie was written by Salim-Javed, and directed by Ramesh Sippy, and produced by his father G. P. Sippy. You can find much witty, action, dramatic and emotional scenes in this movie. The star cast is equally powerful and the overall music and scenes are absolutely engaging.

It has been another amazing hit of Amitabh Bachchan.  The movie has reflected the turbulent socio-political setup of 1970s India; the movie tells the story of a pair of poor brothers who, after the family is betrayed by the misplaced idealism of the father, did struggle to survive in the slums of Mumbai. Eventually they found themselves on opposing sides of the law.  The wall ‘Dewaar’ is the wall that is between the two brothers. Well, if you watched the movie you know it pretty well already. But if you have not watched this thrilling movie then you should watch it now.

Produced and directed by Manmohan Desai, this movie starred VinodKhanna, Amitabh Bachchan and even Rishi Kapoor opposite ShabanaAzmi, ParveenBabi and Neetu Singh in the main roles. The plot concentrates on three brothers who get separated in childhood and adopted by three families of diverse faiths namely Hinduism, Islam and Christianity. One grows up to be a policeman, the other brother a singer and the third brother the owner of a country liquor bar.  This movie about religious tolerance would definitely give you an entertaining and meaningful time.

Thus, you should watch all these movies if you have not done it so far. You can easily get the movies once you do Vidmate . This application promises you endless streaming and downloading of videos and movies that too in your choice of format, resolution and quality.