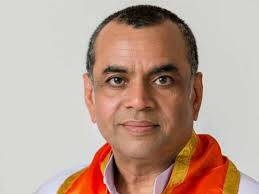 It is normally always the hero and the heroine who attract maximum fanfare in Bollywood movies. The story and content centres around them. But Bollywood has many talented actors having the ability to make special impact in movies. They would have rarely come in the lead role but would always carry the movies on their shoulders through their highly acclaimed performances. One such actor is Paresh Rawal. He is one of the most respected and popular actor in Bollywood known for his role versatility. In almost a quarter of century. Paresh Rawal has come in roles of villain, character actor, comedy and also new wave cinema.

He is someone who can make the audiences remember about his acting much after they have left the hall and even many days later. There may be special dialogues, emotional acts, comedy scenes that create a lasting impact sometimes. In certain cases, even if the movie is not a hit, Paresh Rawal’s acting is always praised for his versatility and originality.

Watch the best of Paresh Rawal movies by downloading them from the Vidmate app. There are many memorable ones that can be selected and many power packed ones as well. Besides Bollywood, the actor has also come in Telugu and Tamil movies.

Paresh Rawal entered cine world, through the 1985 Bollywood movie Arjun. The very next year he would play the role of the villain in the movie Naam directed by Mahesh Bhatt. The movie was a big hit and the actor although in villain role, got due recognition. After that most of his roles were those of the villain or bad man in Hindi and Telugu movies. Some of the hit Telugu movies in which he created an impact included Govinda Govinda, Kshana Kshnam, Money Money, Rikshavodu, Shankar Dada MBBS etc. There were many big and small budget Hindi movies as well where he enacted the role of the villain. These include names like Roop Ki Rani Choron ka Raaja, Dilwale, Bade Miya Chote Miya, Auzaar, Ram Lakhan etc.

Make use of Vidmate app to get the best of Paresh Rawal movies and those of his early days’ role as a villain.

Two notable movies in which he made a big impact that garnered a lot of critical acclaim includes Sardar and Tammanna. The former is directed by Ketan Mehta and he enacts the role of the legendary Sardar Vallabhai Patel. This role gave him a lot of national and international accreditation. In the second movie, he plays the role of a Transgender who adopts and brings up a girl and the social restrictions on that. This role was also highly appreciated. Another movie which applauds his acting is Aankehnin which he plays the role of a blind man trained for a bank robbery.

Watch all these movies using the Vidmate app. It certainly should not be given a miss.

From the 2000’s onwards, the actor started coming in comedy roles and made a complete changeover. He started to become popular all over India in many of such roles that he enacted. In fact, he created a niche for himself as a character actor in comedy having an important role in the movie and not just as an add- on entertainment. Many of these movies were hit like Hera Pheri, Aawara Paagal Deewana, Chachi 420, Hulchul, Andaaz Apna Apna, Bhaagam Bhaag, Bhool Bhulaiyya, Welcome etc. The movie Hera Pheri specially was an all-time success where he comes in the role as one of the three main characters. It had a sequel which was also an equally big hit.

Catch the best of Paresh Rawal comedy movies through the Vidmate. Nothing like the antiques of this talented actor  for a light weekend.